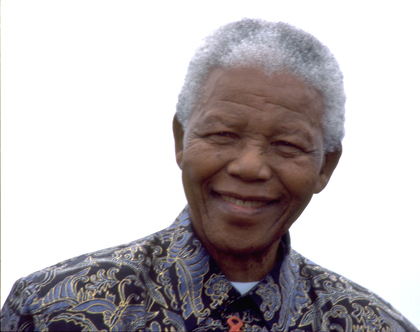 When Cinemovel travelled through Mozambique Nelson Mandela suggested the idea of travelling cinema across the whole of the African continent, as an itinerant caravan that would trace the journey of trans-African cinema, while ideally connecting various countries with one another. This was a beautiful idea full of vision and perfectly suited to Cinemovel, which is a modern group of acrobats that bring the magic of cinema to countries and villages where cinema has disappeared, or where it never existed, with the aim of connecting countryside with cities, centres with peripheries, countries with other countries, cultures with other cultures.

In 2001 the first team of Cinemovel crossed Mozambique using the evocative strength of cinema to talk about AIDS and doing what cinema has always done since its inception: telling stories. In those days new technologies weren’t as developed as they are now, however our dream was to see Africa connected to the internet, able to produce its own images and communicate them to the rest of the world.

With the project Schermi d’Africa we aim to reach the most disadvantaged areas of the continent, where there is no access to culture and information. Schermi d’Africa intends to be an instrument of intercultural dialogue and aims to give a powerful voice to a world which is far more complex than what we can imagine. Over the course of the past decade we’ve worked at transforming the idea into actual projects; after Mozambique, we’ve travelled to Morocco, Ethiopia, Tunisia and Senegal. We seek for the right partners, brave people who have a strong vision and who’d like to join us in developing the activities of Schermi d’Africa.

With various means of transport and with the aid of new technologies, we’ve travelled across various countries, we screened films and carried out campaigns of social information, together with local associations; we’ve also run training activities with the aim of encouraging independent local businesses related to filming, editing, screening and the use of internet and social networks. Fondazione Cinemovel promotes these educational activities because we believe that there is an indissoluble link between the democratisation of countries and the access to new technologies, which allow the exchange of knowledge, the spreading of information and a more equal distribution of intellectual and material resources. An important aspect of travelling screenings is that they are a complete novelty for the villages where we travel (which are generally peripheral and without electricity or running water), in relation to the content and the context in which the films are screened. When it gets dark the projector strikes a beam of light in the African night and the hum of the microphone announces the beginning of the screening; the community gathers around the screen and it’s hundreds, sometimes thousands, of people that share a celebration with others. With the screening of films in the community, the place becomes animated with a sense of participation, like a virtual square in which people can share and express their point of view on modernity.
For Schermi d’Africa we are looking for brave sponsors and donors that would like to join us in make the project come true; during our journey we’d like to engage African intellectuals, artists, filmmakers and poets, witnesses that would contribute to the research journey and to the intercultural approach, while giving more resonance to the project and helping to make it sustainable.

Our future supporters will be fully involved in expanding the project and deciding together the African countries and partners that we’d work with, with an attitude that we’d like to define ‘secular listening’, free from paternalistic or neo-colonial attitudes, free from sense of guilt, superiority or inferiority. To put it simply, on an equal footing.