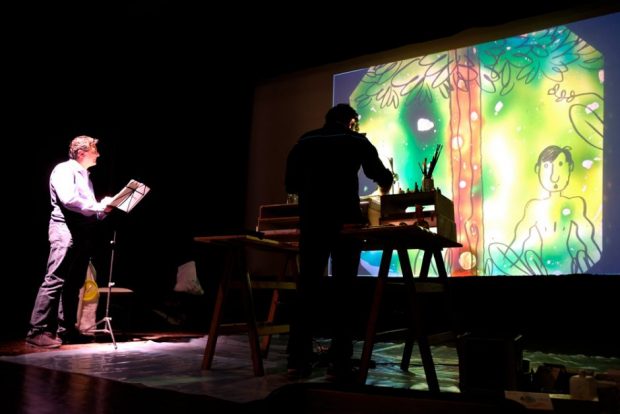 “RIFIUTOPOLI Poisons and antidotes” is still on the road. The story of Enrico Fontana and the artistic performance of Vito Baroncini, go on on a series of events to reflect on the way we consume, starting from the waste we produce and how we handle it. The conferences are also a way to foster the hope of building together an eco-sustainable world.

“With Rifiutopoli, thanks to the artistic sensitivity of Vito Baroncini – says Enrico Fontana – we try to tell, in the most simple and straightforward way possible, this “underworld” which is made of the daily waste of our consumption and inhabited by the people who takes advantage of our “distraction” to turn it into criminal affairs that poison the environment in which we live as well as our health. But Rifiutopoli tells also the stories of those who have paid with their lives the courageous choice to do their duty and the possibility, concrete, to transform the nightmare of Rifiutopoli into a dream, much less imaginary than we are led to believe: that of a world without waste.”